Welcome to the Corporate Confederation of Canada 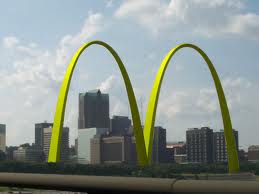 “We could continue with this incremental approach to backlog reduction and eventually by about 2018 we would get to a working inventory. By returning these applications now we’ll get to the working inventory in about 18 months’ time,” Jason Kenney


That was Kenney's explanation from a Globe article for arbitrarily dumping thousands from the immigration waiting list. His use of the term inventory is entirely appropriate in this context given his plans to hand over control of our immigration system to corporations most of which are foreign,talk about foreign influences. That's right our (ahem) government is intent on giving corporations the power to decide who gets in and who doesn't.

“Employers are going to do a much better job at selection than a passive bureaucracy,” he said, “because they can’t afford to recruit people to come to Canada who can’t work at their skill level on arrival.”


Will new immigrants arriving on our shores now have to pass under the Golden Arches? Will China now have a say on who gets to become a Canadian? Will we ever wake up to this ever increasing corporatisation of every aspect of our society?

“I'm not saying that wearing a niqab is barbaric. I am saying that the whole citizenship process is an opportunity for us to instill in people a sense of Canadian – read broadly, western liberal democratic – values, including the equality of men and women,” he said. “And I think most of us would regard a … tribal practice forcing women to cover their faces illiberal.”